Principal photography began in January 2017 in New Mexico. The film was released in the United States on January 19, 2018 by Warner Bros. Pictures, in standard and IMAX theaters. It received mixed reviews from critics, who praised the cast and action but criticized the by-the-numbers execution and lack of hindsight of the War in Afghanistan. 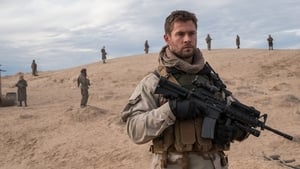