American Made is a 2017 American action crime film[4][5] directed by Doug Liman, written by Gary Spinelli, and starring Tom Cruise, Domhnall Gleeson, Sarah Wright, Alejandro Edda, Mauricio Mejía, Caleb Landry Jones, and Jesse Plemons.[6] It is inspired by the life of Barry Seal, a former TWA pilot who flew missions for the CIA, and became a drug smuggler for the Medellín Cartel in the 1980s.[7] In order to avoid jail time, Seal became an informant for the DEA.[7]

The film was first released in Taiwan on August 18, 2017, and then in the United States on September 29, 2017. It is the first film directed by Liman to be released by Universal Pictures since The Bourne Identity in 2002, and played in 2D and IMAX in select theaters.[8] It grossed $134 million worldwide against a budget of around $50 million and received generally positive reviews from critics, who praised Cruise’s performance. 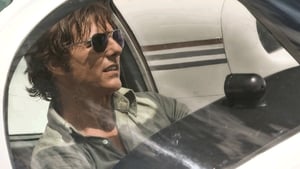 Spider in the Web

Alvin and the Chipmunks: The Road Chip