Logan Lucky is a 2017 American heist comedy film directed by Steven Soderbergh, based on the debut screenplay of Rebecca Blunt. Soderbergh came out of retirement to direct the film, and to distribute it independently through his own company Fingerprint Releasing. The film features an ensemble cast consisting of Channing Tatum, Adam Driver, Riley Keough, Daniel Craig, Seth MacFarlane, Katie Holmes, Hilary Swank, Katherine Waterston and Sebastian Stan, and follows the Logan family, who plan to rob the Charlotte Motor Speedway and must avoid getting caught by the FBI.

Logan Lucky premiered in Knoxville on August 9, 2017, and was theatrically released in the United States on August 18, 2017, by Bleecker Street. The film received positive reviews, with many critics praising the cast’s performances and Soderbergh’s direction, and grossed $48 million worldwide. 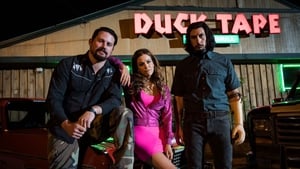 The Best of Enemies

Charlie and the Chocolate Factory