Everyone has one more fight in themSep. 19, 2019USA89 Min.R
Your rating: 0
5 1 vote
ActionDramaPhim Bom TấnThriller

Rambo: Last Blood [a] is a 2019 American action film directed by Adrian Grunberg. The screenplay, co-written by Matthew Cirulnick and Sylvester Stallone (from a story by Dan Gordon and Stallone), is based on the character John Rambo created by author David Morrell for his novel First Blood. The story follows the titular Vietnam War veteran (reprised by Stallone) as he travels to Mexico to save his adopted daughter, who has been kidnapped by a Mexican cartel and forced into prostitution. A sequel to Rambo (2008), it is the fifth installment in the Rambo franchise and co-stars Paz Vega, Sergio Peris-Mencheta, Adriana Barraza, Yvette Monreal, Genie Kim, Joaquín Cosío, and Oscar Jaenada.

Plans for a fifth film were announced on and off again since 2008, with different iterations developed and cancelled. The film was finally announced in May 2018, with Grunberg attached to direct. Principal photography began in October 2018 in Bulgaria and Spain and ended in December 2018, with additional photography in May 2019. Brian Tyler returned to score the film.

Rambo: Last Blood was theatrically released in the United States on September 20, 2019, to negative reviews, with criticisms aimed at the script, graphic violence, and what critics perceived as racist and xenophobic attitudes toward Mexico.[9][10] The film grossed $91 million worldwide against a production budget of $50 million. 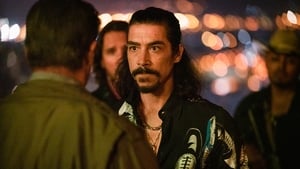